At present, we are raising funds to complete the renovations of our 56-year old building. The Collegio FIlippino is the residence of Filipino Priests sent to Rome by their Bishops for further studies. When they return to the Philippines, they take charge of the Seminaries and other specialized ministries in the Dioceses.

Timeline for the renovations:

In the Philippines, the UP Medical Alumni Fund, Inc. (UPMAF) has graciously agreed to receive donations, issue tax-deductible receipts, and pass the collections to the Collegio, as the UP College of Medicine batch 1990 holds an online series of Lenten reflections for health care professionals.

In the USA, Seattle-based Friends of the Collegio (friendsofthecollegio.org) has been registered with the IRS as an educational and religious organization, with a 501c3 IRS Determination Letter, so donors receive tax deductible receipts. Donations for the renovations (and for scholarships) may be made by clicking here.

The Collegio‘s Rector is Fr. Gregory Ramon D. GASTON, a Priest of the Archdiocese of Manila. He reports to the Catholic Bishop’s Conference of the Philippines and to the Vatican’s office for the Clergy. 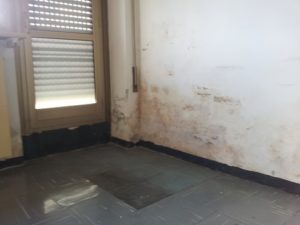 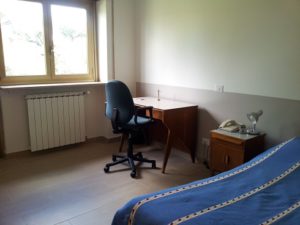 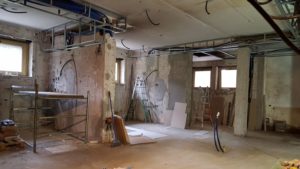 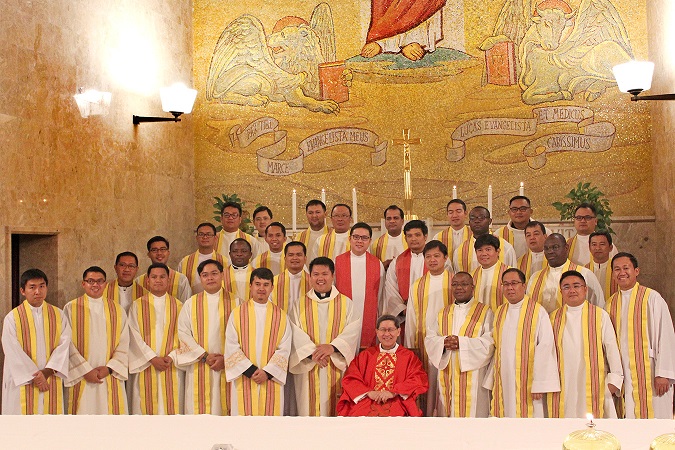 Collegio alumni may be assigned anywhere in their home dioceses, usually after two to four years of studies in Rome. Most serve as seminary formators or professors, to train the future generations of Priests, or as members of the Diocesan Curia (Vicars General, Judicial Vicars, Chancellors, Bishop’s Private Secretaries, etc), or in specialized ministries such as the mass media or school systems. Still others have been assigned to parishes abroad, to the Vatican Curia, the Diplomatic Service of the Holy See, or the Apostolic Nunciature in Manila. In these cases, the home dioceses make a very generous contribution to the Universal Church.

The Collegio accepts only priests formally sent by their respective Bishops to do further studies in Rome. While preference is given to Filipino diocesan priests, other priests may also apply on a case to case basis, and space permitting.

The Collegio has always welcomed guests visiting us for Mass or prayers, a Filipino meal, or just to chat and enjoy the family atmosphere of this Filipino “Home in Rome”.

Our friends continue to be united with us through their prayers, encouragement and material support. We also include them in our daily intentions, especially in the Holy Sacrifice of the Mass.

Three Administrators coordinate the Collegio‘s day to day activities: a Rector, a Vice-Rector/Economus, and a Spiritual Director. Four Filipina Dominican Sisters (OP’s of the Congregación Misionaria de Santo Domingo) help as support staff of our Pontifical College. They are assisted by three four personnel.

Fr. Gregory Ramon D. Gaston, S.Th.D. (Rector)
Fr. Greg is a priest of the Archdiocese of Manila. A native of Silay City, Negros Occidental, he studied at the Philippine Science High School and the University of the Philippines (BS Zoology and two years Medicine proper) before deciding to become a priest. The late Jaime L. Cardinal Sin sent him for seminary formation to Pamplona, Spain, and to do the Licentiate and Doctorate in Moral Theology at the Angelicum in Rome. He served in Manila as assistant parish priest, seminary formator and in other assignments, and as an Official at the Pontifical Council for the Family of the Vatican.

Msgr. Rey Jose D. Ragudos, J.C.L. (Vice-Rector and Economus)
Msgr. Rey hails from the Diocese of Alaminos in Pangasinan. He obtained his Licentiate in Canon Law from the Pontifical Gregorian University in Rome, after which he served, among others, as Judicial Vicar, Parish Priest of the Cathedral, and Diocesan Administrator.

Fr. Andrew is a diocesan priest of the Archdiocese of Caceres in Naga City, Bicol region, Philippines. He is an alumnus of Pontificio Collegio Filippino (2000-2002: Licentiate in Missiology; 2006: Doctorate in Missiology, Pontifical Gregorian University). Also, he holds an M.A. in Moral Theology (1996, Divine Word Seminary, Tagaytay City) and an MBA (2008, Ateneo de Naga University). He held the following positions of service: Professor (Missiology and Ecclesiology: 2002-2012) at the Holy Rosary Major Seminary in Naga City; visiting professor (Missiology, Mariology and Globalization Studies: 2004-2017) at the Divine Word Seminary, Divine Word Institute of Mission Studies, Tagaytay City, San Carlos Seminary, Manila and St. Vincent School of Theology, Quezon City; past president of the International Association of Catholic Missiologists (2012-2017); member of the CBCP’s Philippine National Missionary Council (2004 – present); past director of the Center for the Spirituality of Communion, Tagaytay City (2014-2017); and former parish priest of the Penafrancia Old Shrine, Naga City (2011-2014): Mission Director (2002-2012).

END_OF_DOCUMENT_TOKEN_TO_BE_REPLACED

Inaugurated by Blessed Pope John XXIII in 1961, the Collegio is the “Home in Rome” of Filipino secular diocesan priests, carefully chosen and formally sent by their respective bishops to pursue further studies in the different ecclesiastical centers in Rome.

Priests at the Collegio may specialize in Theology, Philosophy, Canon Law, Sacred Scriptures, Liturgy, History, Communications, Patristics, and other fields, taking up either the Licentiate (a degree higher than the Master’s) or Doctoral degrees, for a period of generally two to four years.

A Rector, a Vice-Rector/Procurator and a Spiritual Director form the Collegio‘s group of Administrators. As Administrators of a Pontifical institution, they report to the Holy Father, through the Vatican’s Congregation (or office) for the Clergy. They also report directly to the Catholic Bishops’ Conference of the Philippines, which has an Episcopal Commission on the Collegio.

Priests in Rome live sub umbra Petri (literally, “under the shadow of Peter), close to the Holy Father physically, spiritually and doctrinally. They can regularly see the Pope, at least from afar, and have relatively easy access to ceremonies he presides over.

Likewise, Collegio priests have direct contact with the memory of early Christians and saints, receive classes at Pontifical institutions from leading professors from different countries, interact with priests from different continents and cultures, and exercise their ministry with the Filipino diaspora and with the local Churches in Italy and nearby countries.

During their Roman sojourn, whenever their academic commitments allow, the priests of the Collegio make themselves available to exercise their ministry with the Filipino diaspora and seek to know and obtain a most useful pastoral experience with the local Churches in Italy. During Christmas, Holy Week and summer breaks, they may continue their exposure in Italy, in the Holy Land, or in the different countries of Europe or America, doing pastoral work, studying other languages, or undertaking some other priestly endeavors.

Furthermore, they can learn foreign languages, and with their knowledge of Italian, they can have a more direct and immediate access to Church information, documents and pronouncements, especially those made orally or issued to news agencies in Italian. Such advantages of studying in Rome can hardly be obtained in the Philippines or in other countries.

His Eminence, Luis Antonio Card. Tagle, former Archbishop of Manila and currently Prefect of the Vatican’s Congregation for the Evangelization of Peoples, was for four years Chairman of the Episcopal Commission on the Pontificio Collegio Filippino (of the Catholic Bishops’ Conference of the Philippines).

Pope John XXIII said as he blessed the Collegio in 1961, “these buildings destined for the formation of your students in sacred sciences will be like channels by which Catholic life will be promoted among you, and the bond by which the Philippines, a Nation very dear to us, will more intensely be linked with the supreme Magisterium of the Church.”